Applying DevOps to Improve the Effectiveness and ROI of IoT Testing

Applying DevOps to Improve the Effectiveness and ROI of IoT Testing

The increased integrations, connected devices and sensors in the IoT ecosystem increases difficulties in testing its interoperability, scalability and functioning. Utilizing DevOps technologies and tools in IoT testing can be an effective strategy to increase the coverage and improve the uptime with continuous monitoring. Read on to find out how.

With the power of the connected world (that unifies multiple objects, sensors, and devices known as the Internet of Things) comes the complexity of realizing real-life conditions and ensuring the delivery of IoT services and functionality over the heterogeneous environment. To make sure the connected devices and objects perform as per their specifications and interoperate with the physical world to make data and services available on time, IoT testing is a must for every enterprise.

According to a research from Markets and Markets, IoT testing market size is estimated to reach USD 1,378.5 Million by 2021, at a Compound Annual Growth Rate (CAGR) of 35.4%. Considering these stats, there cannot be any other way to support the testing of this kind of infrastructure which comprises of millions of devices, sensors, gateways, routers, cloud applications, servers etc., except for adopting open source tools and technologies.

Open-source tools and technologies have become the norm in IoT testing as they fuel rapid integration and testing of IoT platforms with other vendors. It is interesting to note that, open-source adoption lies at the heart of DevOps given that the majority of DevOps tools and technologies in the market are open-source, which reduce the total cost of ownership and testing infrastructure.

While shift left testing, risk-based testing, software developer in test (SDET) remain some of the most sought-after IoT testing strategies, DevOps is considered the most effective strategy when it comes to generating the best coverage and test efficiency metrics along with tangible cost savings owing to its support for open-source tools and technologies. Moreover, DevOps or intelligent automation is being adopted by organizations to manage IoT scale and achieve rapid innovation. DevOps also addresses the needs of IoT test automation, covering build, deployment, testing, network, and infrastructure automation.

DevOps can be applied to test multiple IoT product pipelines and application endpoints of an IoT platform.  While testing device to cloud use-case, the individual functionality of each component in the IoT platform, including sensors, network protocols, cloud, web, mobile or APIs also needs to be tested. This is where different tools and technologies of DevOps can help.

Let us understand how common tools and technologies of DevOps aid in IoT testing:

Regression testing is one of the most cost accumulating activity as testing needs to be performed iteratively with every newly added feature. Setting up an automated workflow to execute end-to-end sensor to cloud regression tests for IoT using the above DevOps tools saves testing efforts and cost of rework. Hence incorporating DevOps tools in IoT testing strategy provides better coverage in terms of functional testing, compatibility testing, load testing, performance testing and regression testing. Once a DevOps led IoT test automation engine is built, it can also be easily scaled by applying the same test strategy across multiple verticals. DevOps pipeline can be integrated with continuous monitoring tools like NewRelic, AppDynamics, or Pagerduty for incident management. This leads to monitoring the live application performance, directly improving the uptime and user experience.

As we transition from a product economy to a service economy, DevOps can help achieve an organization’s IoT strategy goals like gaining competitive advantage through rapid release of new features and providing a better customer experience through workflow automation that also improves uptime and reduce operational costs.

Urvashi Babaria
Urvashi works as Product Marketing Manager at eInfochips, focusing on marketing to Wearable tech, IoT, home automation, consumer electronics and ISV industries. Urvashi has 8+ years of experience in strategy, transformation and presales functions. She holds an Engineering degree from Nirma university along with MBA from Great Lakes Institute of Management.
Talk to an Expert 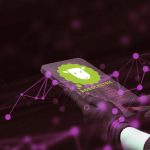 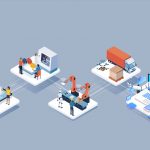