The intention of writing this article is to shed more light on the concept of innovation in technology. The objective here is to express an idea for a feature called “Smart Scrolling” based on eye tracking mechanism. This can be achieved using an invisible near-infrared light and high definition camera or specially designed optical sensors with an advance algorithms used to determine the exact position of the eye at a given point of time.

The idea behind this smart scrolling concept came while I was reading a novel on my laptop/mobile/tablet and needed to touch screen/keyboard often to scroll up and down for a long document. So the thought came in my mind that why can’t it be scrolled automatically simply by sensing eyesight? There should be a sensor or mechanism in the front camera of the device, which reads eyesight and determines the angle of reading (eye) position on the device, and based on that it scrolls the page up/down. Due to that one should not manually touch the keypad or screen to make it scroll upwards or downwards.

How does it work?

This feature can be implemented using the eye tracking technology. Eye tracking technology is based on the fundamental to measure either the point of gaze (where one is looking) or the motion of an eye relative to the head. It measures the eye movements and eye positions and applies the logic/algorithm to determine on which direction it has to scroll.

There are number of methods for measuring eye movement. The most common and popular method is an optical method, in which, an invisible near-infrared light from the high definition camera emits and projected onto the user’s eye and record back the direction it’s reflected off from the cornea by the same camera or specially designed optical sensor. Based on the recorded data, it then be analyzed and has to undergo with an advance algorithms to calculate an accurate position of the eye and determine exactly where it is focusing. As the position of the eye can be mapped multiple times in a second, this makes it possible to measure fine eye movements.

An algorithm can also be written using machine learning techniques to determine the eye’s position.

As per the above figures (Figure 2 & Figure 3), there are 2 levels can be mentioned named “Upper level” and “Lower level”. These are the extreme level limits. If any user’s eye sight moves out of these levels, then appropriate scrolling action needs to be performed. For example, if user starts reading from the beginning of the page and reaches near to the Lower level (as shown in Figure 3) by reading all of the above content and once user’s eye sight slightly moved out from the Lower level and try to read the next line of text, scroll up operation (of single line) should be performed. Similarly, if user’s eye sight slightly moved out from the Upper level, scroll down operation should be performed. That means, while reading, the page remains steady whenever the user’s eyesight falls between upper and lower level limits. And screen scrolling should perform upwards or downwards whenever the user’s eyesight goes beyond lower level or upper level respectively. Hence, manual efforts to scroll the screen can be avoided.

There are other methods to scroll (vertical movement) apart from using eyesight reading or eye tracking. For example, by tilting your head or by tilting your device to make this movement happen with the help of an accelerometer sensors. Samsung Galaxy S4 has such smart scrolling feature based on this technique. Here it is not limited to specific device/version, but this feature concept can be generic enough to be used for all possible devices where the user has to read any kind of content on any smart device.

Few points which needs to be considered by the developer while implementing the logic for the smart scrolling feature:

There are huge chances we can see in the future that an eye tracking will be a standard feature of new generation smart devices setting a revaluation of the way how we communicate with the devices or the devices communicate with us. This document is specific to scrolling pages using an eye sight detection feature, but using the same feature and with an implementation of an additional algorithm for user’s eye blinking operation, one can also perform other multiple tasks like, a clickable events. Using the clickable event, one can perform various video and audio operations like, play/pause/next/previous/rewind/forward by blinking eyes twice (or configure the blinking frequency to operate) to perform specific event. For more information please contact us today.

Talk to an Expert 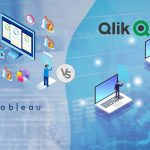 Tableau vs QlikView: A Detailed OverviewBlog 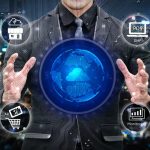 How Cloud Computing is Transforming the Retail SectorBlog, Cloud