Have you ever hit the ‘run’ button in Android Studio, and then have waited for quite some time for the Android emulator to generate, load, and build your project? Testing libraries and frameworks are designed to address this problem. Robolectric Framework makes unit testing for Android applications, faster and more reliable.

What is Unit Testing?

Android unit tests are written in Appium or instrumental test, and  are run on an Android emulator or an Android device, which is too slow to build, deploy, and run.

To overcome that challenge, there is a better way to write unit test for Android applications, which is using the Robolectric framework.

Robolectric provides a JVM compile version of the android.jar file. Robolectric handles views, resource loading,  and many other things that are implemented in the Android native.

This enables you to run your Android tests in your development environment, without requiring any other setup to run the test. Robolectric supports resource handling, e.g. views. You can also use the findViewById() to search in a view.

First, you need to add dependence to Gradle.

Above @RunWith annotation indicates that the test run with RobolectricTestRunner Environment, and @Before annotation, itself suggest that the method should run before each test, and that with method we can initialize activity instance.

Above test I have used the Shadow Object of activity, using that call getNextStartedActivity() that return next Intent on started activity. Then Create Shadow Intent of next intent on the started activity and last statement is to compare both intent by that class name.

Possible test on above example

We can also add one more test to the above example, which is whether or not the activity change is performed after the button click.

Looking at the above points, we can state that Robolectric framework is an apt tool to test an android application within the Android studio. We can do much more than above example with Robolectric framework. Once mastered, you can significantly improve the quality of your code. To know how to get started, get in touch with our team.

Bharat Vankar
Bharat Vankar is working as an Engineer in the Quality Assessment verification domain at eInfochips. He has pursued his Engineering in Computer Science and really likes to work on Android Open Source Project (build phase).
Talk to an Expert 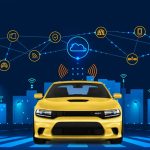 Role of Edge Computing in Connected and Autonomous VehiclesBlog, Cloud 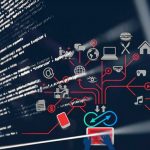 Applying DevOps to Improve the Effectiveness and ROI of IoT TestingBlog, DevOps